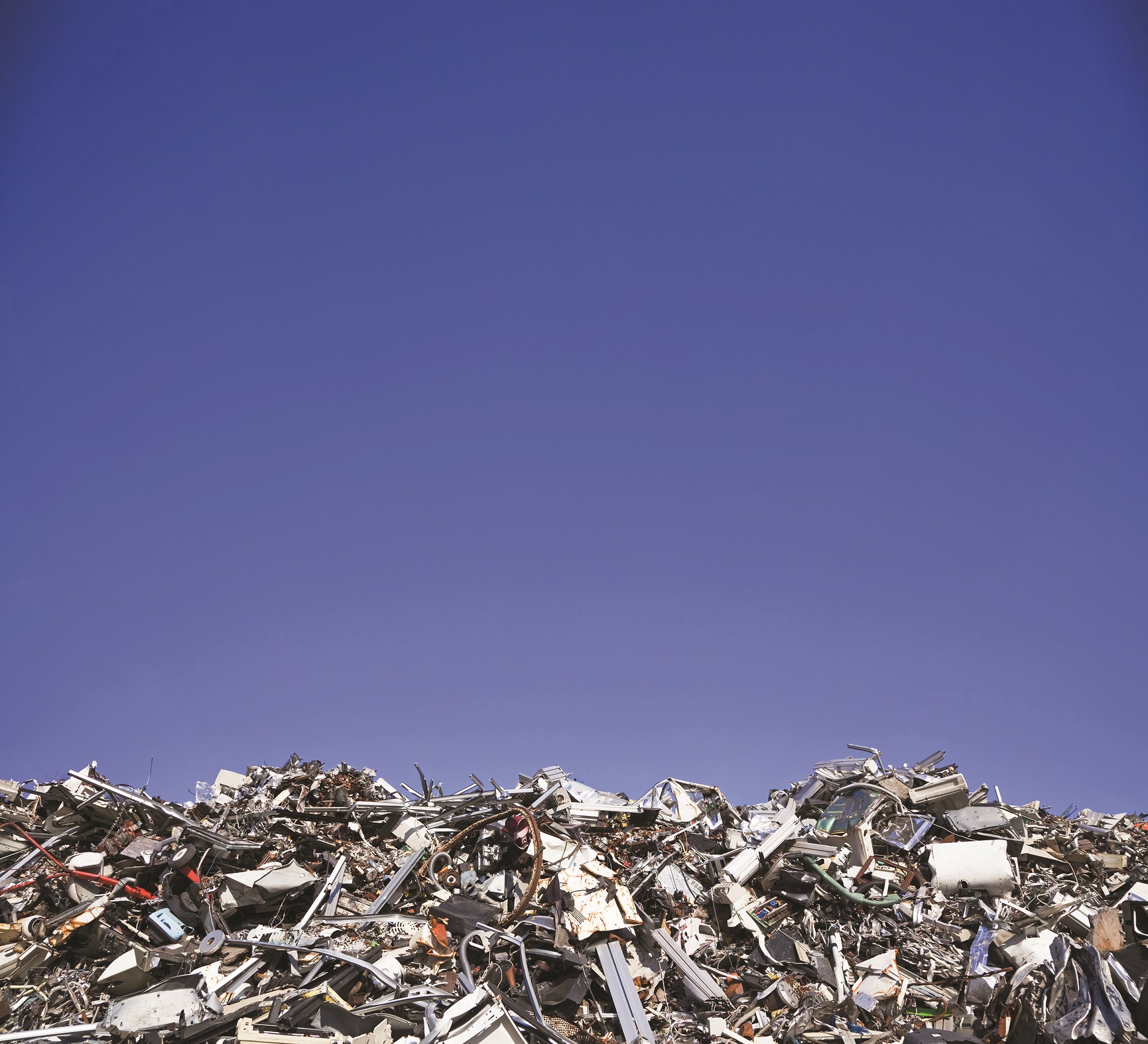 France has emerged as an unusual source of hope as cleaning industry operators express frustration at a throwaway culture that can make it all but impossible to get machinery and equipment repaired.

From January 1 last year, the Macron Government introduced a Repairability Index, as part of an Anti-Waste law, requiring manufacturers of devices such as smartphones and laptops to give their products a score on a ‘repairability index’ on a scale of one to 10. The mark indicates how easy it is to fix a product and access spare parts and technical documents.

Supporters of the concept include Professor Leanne Wiseman, an intellectual property law expert at Griffith University in Brisbane.

She believes the Repairability Index can serve as a litmus test for other nations seeking to increase the lifespan of products and minimise waste.

Rather than simply dumping devices and machinery that need minor repairs, the goal is to transition countries and businesses to a more circular economy in which products are fixed and re-used.

In tandem, there is the potential to foster more trained technicians for everything from smartphones, cars and tractors through to cleaning industry machines such as vacuum cleaners, robotic sweepers and scrubbers.

“The Repair Index gives you a guide when you buy a fridge, for example, as to whether you’ll be able to get a mechanic to come and fix it or not. That’s really influencing consumer decisions at the point of purchase,” says Professor Wiseman, Chair of Repair Australia, a peak body that is bringing together repair stakeholders and championing legislative and policy changes to respond to the international right-to-repair movement which wants to stop corporations from forcing consumers to buy new items instead of repairing old ones.

Consumer rights to the fore

In Australia, the Productivity Commission has released its findings following an inquiry into right-to-repair issues.

The government body has found there are “significant and unnecessary barriers” to consumers’ rights to repair products and it has recommended changes to consumer and copyright laws that would make repairs of products cheaper, easier and less wasteful (see panel).

Any new laws would be designed to combat manufacturers who intentionally design technologies to shorten their lifespan, or who impose IP restrictions that prohibit individuals or independent repairers from fixing things.

The Productivity Commission’s recommendations are a source of encouragement for Lisa Michalson, co-founder of Cleanstar XPOWER, a Melbourne-based business that distributes cleaning machinery, restoration equipment, parts and accessories.

Michalson notes that Australia has lagged behind Europe and the United States on the issue and hopes reforms will lead to greater availability of trained technicians who can fix machinery and equipment.

“We need to wake up to this issue,” she says.

“It may be a good idea for the cleaning and restoration industry to get together to campaign for government to recognise the trade and to support businesses in our industries to employ and train repairers.”

Cleanstar and its subsidiary XPOWER have made a point of carrying parts for lengthy periods for all the machinery they sell.

They also maintain the same range of machines for as long as possible to ensure parts do not quickly become redundant as new models are introduced.

“We would rather preserve the machines, instead of throwing them away and hurting the environment,” Michalson says.

To date, she admits that a throwaway culture has meant that machinery is often either too difficult or too expensive to repair. As a result, it ends up on the waste scrapheap and exacerbates landfill and environmental problems.

“For a number of years, I have had conversations with the Cleanstar and XPOWER distribution network regarding the lack of appliance repairers available in our industry and the fact that younger people are not wanting to do this type of job,” Michalson says.

“There’s no training or apprenticeships for appliance repairing and the younger generations tend to go into the more conventional trades like plumbing and electrical.”

Greg Hulbert is a director at B & G Supplies, which distributes products to the cleaning and hospitality industries in New South Wales. He remembers the days when technicians simply repaired equipment that was damaged or broken.

“We used to fix stuff, but now the repairers just take the damaged part off and put on a new one,” he says.

He agrees that a lot of younger technicians want to specialise in just one area of repairs, which may not be practical if they are trying to fix machinery such as petrol-powered floor sweepers, for instance, which may experience engine or hydraulic problems.

“If one element breaks or both break, in lots of cases someone will fix one part of it and then have to get someone else to fix the other part,” Hulbert says.

“In many cases, the technicians are pretty quick to say, ‘you can’t repair it’ – it’s beyond them because they need to have an electrical background and a mechanical background as well.”

This scenario inevitably adds to the time and cost of any repairs if they can be done at all. Hulbert regrets that a lot of technical expertise has been lost to Australia given that most manufacturing now occurs offshore.

“Because of this you may have to wait for days to get answers on technical advice if machinery is not working.”

An additional complication with repairs, according to Professor Wiseman, is that many smart goods and machinery – from phones and vacuum cleaners to motor vehicles and tractors – now have IP protections for the software that is embedded in the product.

“Whereas we used to be able to take our car down to a mechanic and get them to lift up the bonnet and have a look, now they need the diagnostics to plug into and identify the problems,” she says.

Many manufacturers have also been restricting access to their repair schematics and manuals.

“They see such value in the repair market that they sell the goods but then want to keep you tethered to them,” Professor Wiseman says.

She is encouraged, however, that new Australian laws from July 1 this year will require motor vehicle manufacturers to share their diagnostic data for servicing and repairs. She hopes the change is extended to other sectors.

The world’s throwaway culture and ever-increasing amounts of waste raise concerns around business sustainability and the environment.

According to a United Nations report, e-waste is the world’s fastest-growing stream of waste, with 53.6 million metric tonnes having been generated in 2019, up 21 per cent from the previous year.

Giving consumers the right to repair their own technology and machinery should result in greater longevity for products and cut such waste.

Michalson has no doubt that strong right-to-repair laws can contribute to more sustainable cleaning operations and change consumer behaviours.

“If more people are aware of the option and ease of accessing repairers, then I am sure more people would repair their product rather than throw it away, even if it costs more,” she says.

Cleanstar is committed to doing its bit. It carries parts for all of its machines, often in excess of the compulsory seven-year period.

“We always encourage repairing a machine rather than disposing of it into landfill. We also have a nationwide service network that can assist with this. Some equipment and appliance importers don’t even carry parts for their imported product. We need to change our behaviours and avoid being the throwaway society that we are.”

Professor Wiseman says there is a clear need for businesses and society to address waste, especially e-waste, and “help mitigate all of these climate disasters that we’re experiencing”.

She says products that could be fixed easily often have to be discarded because of a lack of availability of basic parts.

“Some people are trying to do the right thing, but if the manufacturers don’t make the spare parts available that creates a vicious cycle. We have to dispose of these goods, which creates huge problems with the waste.”

Rising freight and oil costs because of COVID-19 and Russia’s invasion of Ukraine also puts more pressure on supply chains and creates a scenario whereby it could be better to repair existing goods, rather than experiencing delays while shipping new products across international and domestic borders.

In this context, the Productivity Commission’s report highlights the need for further upskilling and training in the repair industry.

He hopes younger technicians embrace more expansive training measures that will broaden their skills and allow them to fix all elements of various machines.

“At the moment it seems to be below them,” Hulbert says.

Michalson believes government should be the main driver in encouraging training for machinery and appliance repairs, adding that there is great scope for upskilling through TAFE and other vocational education institutions. She hopes appliance repairing can become a registered trade.

Greater diversity of repairers could also make a difference, according to Michalson, with people of all ages being encouraged to join the repair industry, including more women and those with a disability.

“The conventional ideal that only a male do this type of work should no longer apply.”

The Productivity Commission’s final right-to-repair report includes recommendations that would: